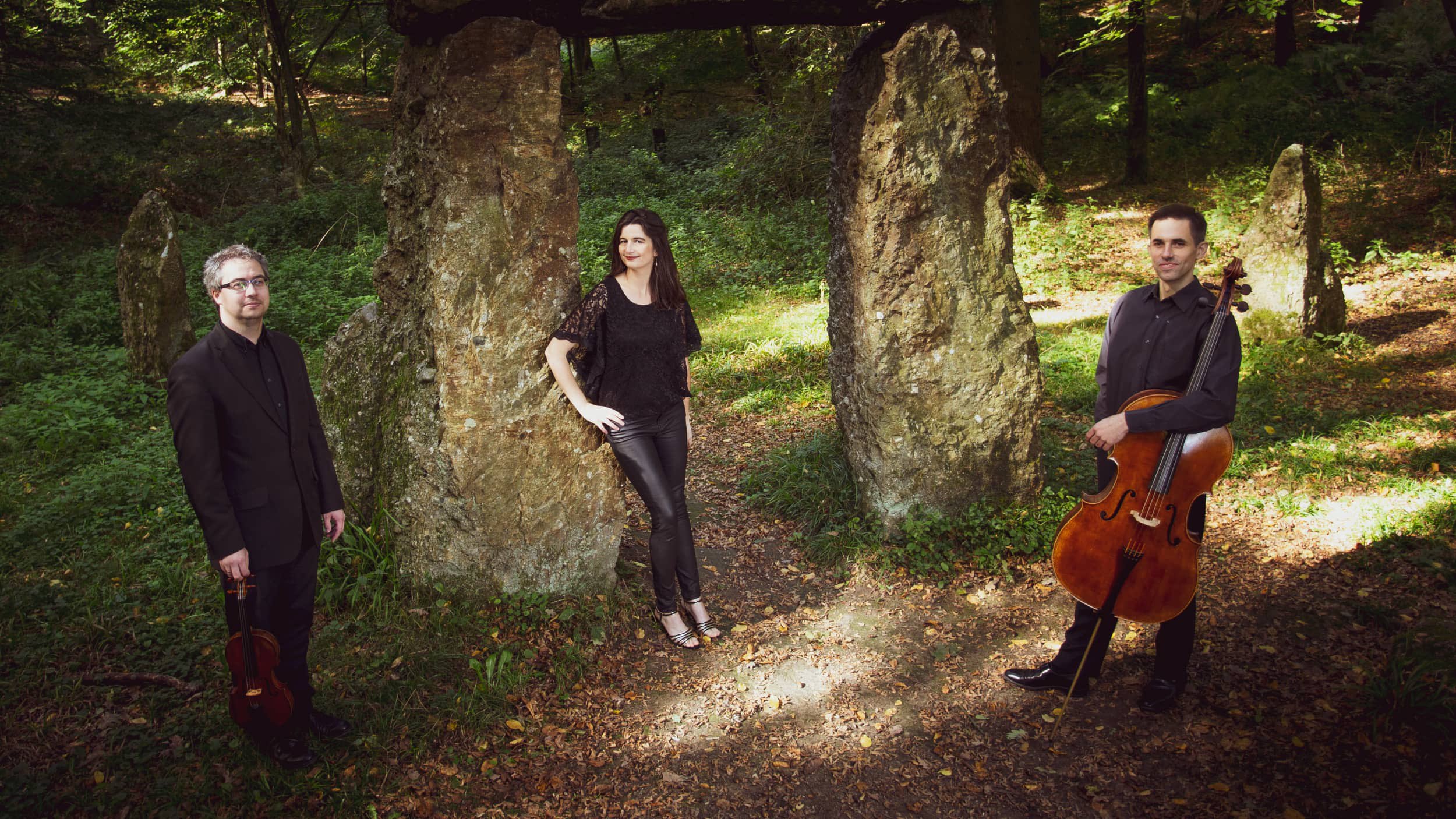 Trio Khaldei brings together Barbara Baltussen (piano), Pieter Jansen (violin) and Francis Mourey (cello), three musicians with a passion for chamber music and, more specifically, for the unique sonority of the piano trio.

Since its first concert in 2011, Trio Khaldei has developed from a young, promising ensemble to a crowd favourite on Belgium’s biggest stages. In 2013, the trio was one of the six ensembles nominated for the first edition of the Supernova competition. Over the last few years, the trio has performed in many cultural centres throughout the country, in prestigious venues such as the Centre for Fine Arts (Brussels), AMUZ (Antwerp), De Bijloke (Ghent) and the Concertgebouw in Bruges, as well as at numerous festivals in Belgium and abroad, including the Ghent Festival of Flanders, Festival 20/21, En Avant Mars, Is Arti (Lithuania), the Spectrum Festival and the Arsana Festival (Slovenia), Eesti Kontsert (Estonia), Baltais Fligelis (Latvia) and Performer’s Present International Artistic Symposium (Singapore). The trio has also recorded for Belgian stations Canvas (television) and Klara (radio) and the Slovenian National Radio.

Trio Khaldei’s first CD, dedicated to Shostakovich and Prokofiev, was released in spring 2017 by French label Paraty (distributed worldwide by Harmonia Mundi). It was very well received by the press and the audience. The second CD, dedicated to Hummel, Brahms and Schönberg, was released by the same label at the end of May 2019.

Trio Khaldei has a particular affinity with Russian music from the first half of the 20th Century, especially music by Shostakovich. The trio’s namesake, Evgueni Khaldei, was the official photographer of the Stalin regime, and created striking portraits of all the great Russian artists of the time. The search for truth, authenticity and the nuances brought by this photographer to difficult moments throughout his life are a great source of inspiration for the trio.

Trio Khaldei likes to bring together music from times past and present in its programs, introducing the public to music by lesser-known composers as well as the great masters.

The program Impressive Impressionism brings together Ravel's trio, La Mer by Debussy (arr. Sally Beamish) and the colourful music of the Belgian composer Frits Celis. A Melancholic Birthday offers the legendary Trio in Eb by Franz Schubert, accompanied by Piazzolla's Four Seasons of Buenos Aires and a little-known Trio by the young César Franck.